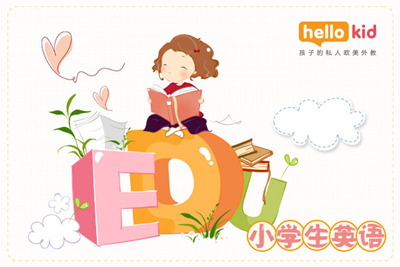 The night when Jesus was born, the shepherd who watched the sheep in the wilderness heard a voice from the sky and told them the news of Jesus's birth. According to the Bible, Jesus came to the world to be king of the world, so the angels passed the news to more people through these shepherds.

Later, people imitated the angels, and on the night of Christmas Eve, they spread the news of Jesus's birth. Until today, it evolved into the good news. Although Christmas Eve is a festival for foreigners, we are also excited about this day.

On Christmas Eve, each family places a Christmas tree according to tradition. That night, the family gathered in the living room, surrounded by Christmas trees singing Christmas songs, exchanging gifts, sharing the joys and sorrows of life, expressing their inner blessings and love, and praying for happiness in the coming year. But we live on campus, we can't go home.

We went back to the dormitory, took out the apple, and replaced it with someone else. Our dormitory bless each other, give us some snacks, we before bed, wash the socks on the bed in the morning found in a sock gift, I know who is on, is my head, I also gave him a gift, our dormitory exchange gifts, we are while they were sleeping when it......

We get presents from each other, we all love each other.

When I was a little boy, my father told me stories about Christmas, and it was really a wonderful story! When Christmas came, I will get a nice gift, so I am looking forward to Christmas, more than any other holiday, I still remember when I told them Santa gave me a gift, they always smiled.

Christmas in a year, because I really want to know what Santa Claus looks like, so in the Christmas night secretly sleeping. Deep in the night, I heard someone push the door and know that Santa Claus came to give me a gift. At that time the Santa Claus to go out, I open my eyes to his look, I saw not Santa, but Dad back, he took a flashlight, ready to go out cautiously without any noise. It was not until that moment that I realized that many years of Christmas presents were given by my father and mother, and Santa Claus was just a legend.

This Christmas is coming, I use my weekdays saved money, bought a Christmas hat, Christmas boots, Christmas, ready to put himself into the Christmas of twenty-first Century youth, in this year's Christmas for me as a Christmas gift to mom and dad......

I'm looking forward to Christmas, and I think Christmas will be a very meaningful experience this year.

Friday is December 25, Christmas day. On that day, I had a happy Christmas and a memorable Christmas, and I received gifts from my classmates and parents.

In the activity class of the class, the monitor and zhou xinyi set up a Christmas party, and had two classes. We sing and dance and guess things together. The whole class was in a high mood, and every now and then the crowd cheered. But the most exciting thing is the gift. Suddenly Feng Yuhao emitted to say: "the classmate of everyone, a mysterious link is about to start now, let us happy together," so, distributed gifts link started, we use the form of the draw, draw the who, a performance can embrace doll, etc...

What impressed me most was the fact that ho hao jun and xu jin cooperated with him in the performance. He haojun pulled xu jinyue to the front of the platform and whispered a few words. They wanted to perform other things, but they chose this one. Xu jinyue did a shooting posture, he haojun hand over his chest, his arms and legs lie down, his eyes wide, and zhong guo went up to give him an artificial respiration.

christmas is one of the most important celebrations of the year for the western countries. it falls on the twenty- fifth of december and has the same importance as chinese new year to people with english backgrounds. the celebration is for the birth of jesus christ, who is the son of god in christianity. now days christmas is no longer only celebrated by the christians, but by most people from all over the world.

on the twenty- fourth of december everyone gets excited for it’s the day before christmas which is called christmas eve. the children are usually sent to bed early and are warned that “santa claus will only come and give you a present if you be good.” the younger kids actually believe that santa will come down the chimney on the sleigh that’s pulled by his reindeers. food like short bread and beer are prepared for santa when he comes, however most times parents just eat them. some children put socks and sacks up for the holding of the presents (that their parents put in).

rise and shine on christmas morning! the children are always the first ones to wake up, some even do at four. present wrappers everywhere! they look into their presents with a big smile on their face and oh dear….i hope no one’s disappointed. i feel sorry for anyone that got pink underwear. children play while dinner is prepared by the adults. the christmas dinner are usually eaten together by relatives. the tradition of christmas pudding and roosters are usually eaten with deserts afterwards. the rest of the day is usually games and fun before the good days all come to an end.

i wish everyone a merry christmas and a happy new year!!!

it was one of the last days before christmas, and the as sistants in the large store had their hands full serving eager christmas shoppers.

at one counter an old lady was choosing gloves red ones for her daugher in law, light blue ones for her niece, pink ones for her grand daughter, green ones for her sister and by the time she had found what she wanted, the counter was covered with pairs of all colors and sizes.

when the salesgirl had finally written out the bill and was about to turn to the next customer with a tired voice. "thank you very much, madam," the old lady suddenly cried out, "oh, i almost forgot..."——"anything else, madam?" said the girl, "yes," began the old lady, "i'd like to buy another pair, but i' m not quite sure about what exactly i should cloose. i wonder if you could help me." "certainly, madam", was the girl's reply. the old lady then went on to explain that what she was looking for was a pair of gloves for a girl of her age. she was not at ail sure what color to choose, and the design was a problem too.